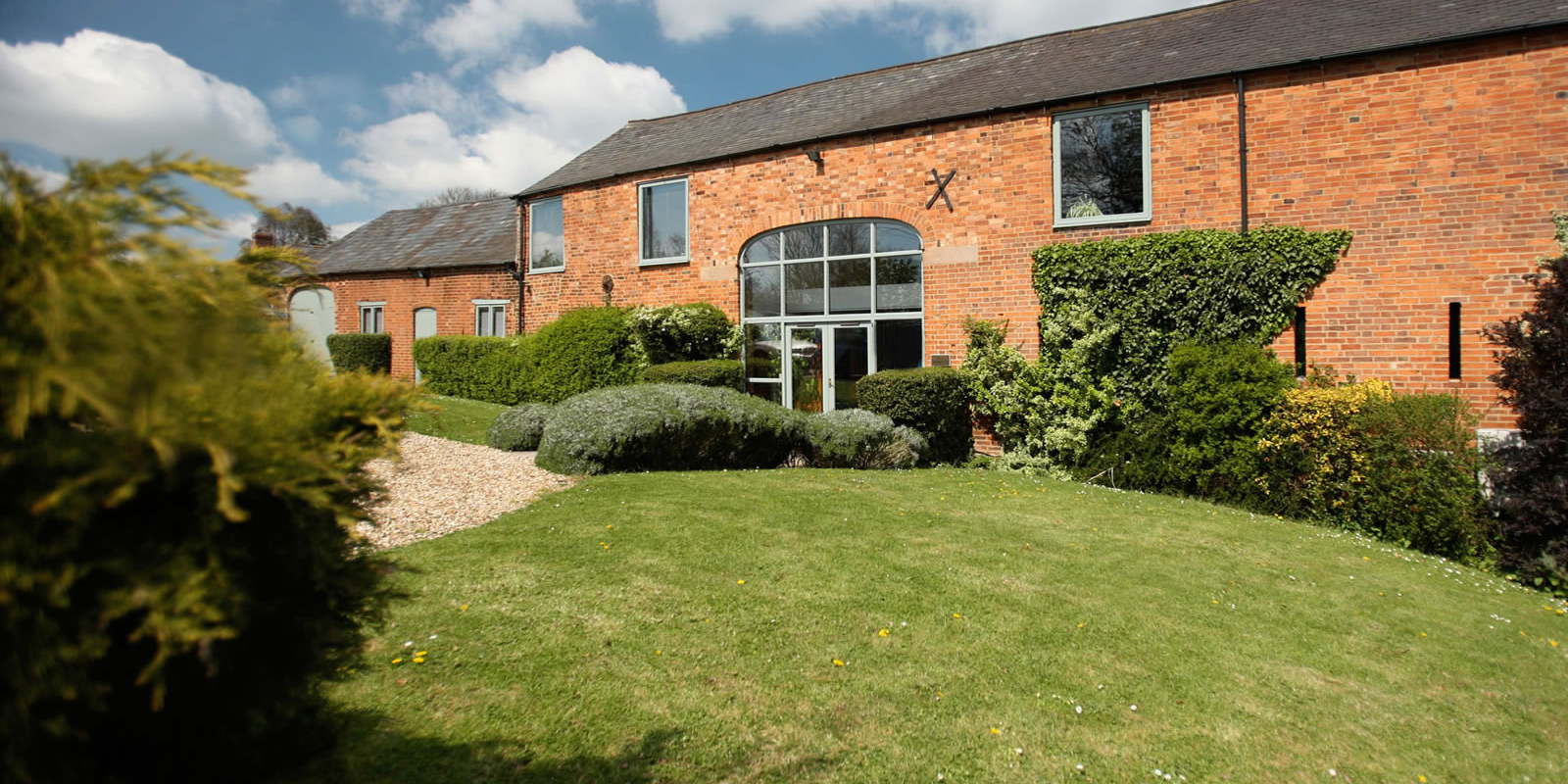 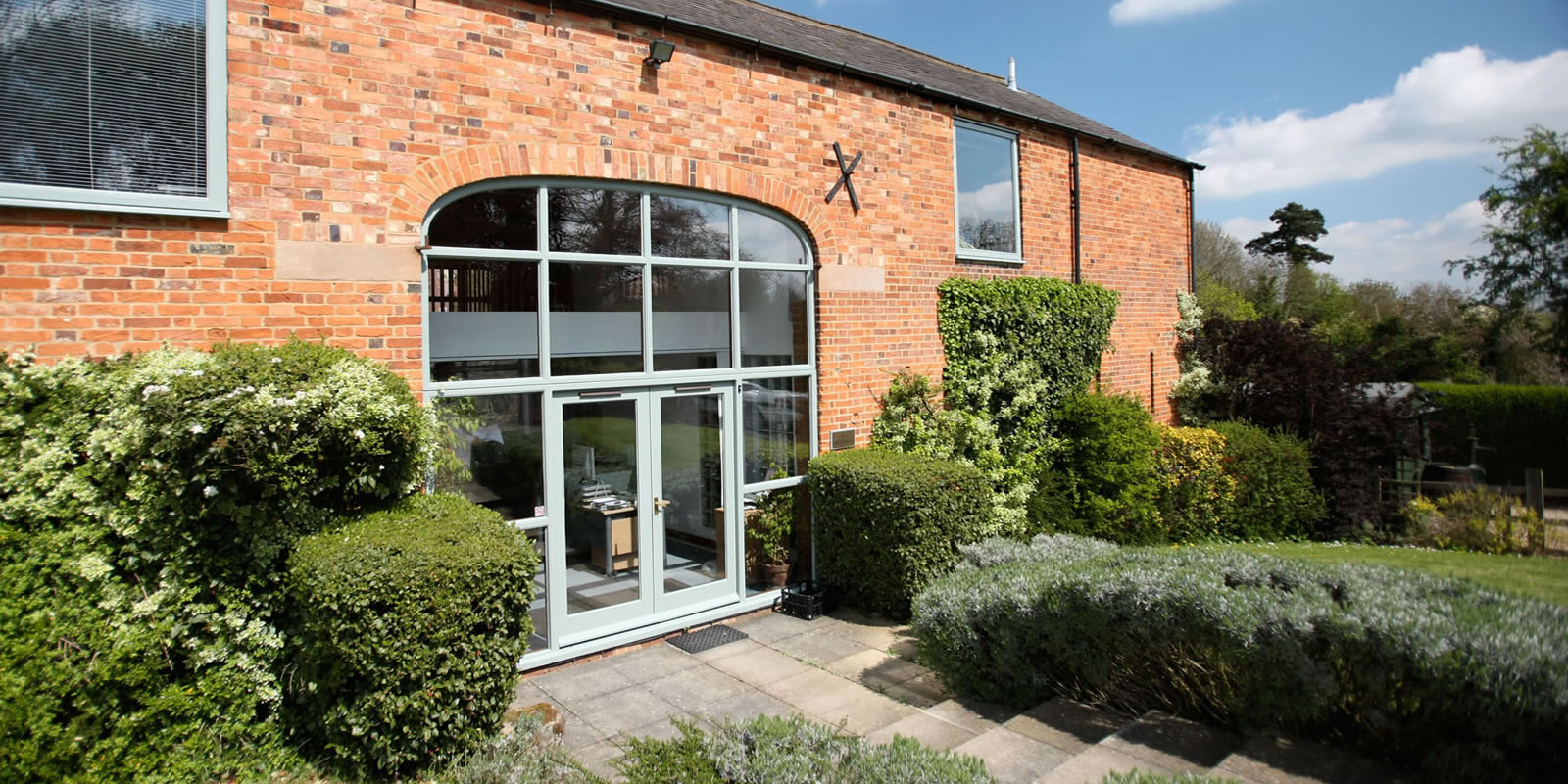 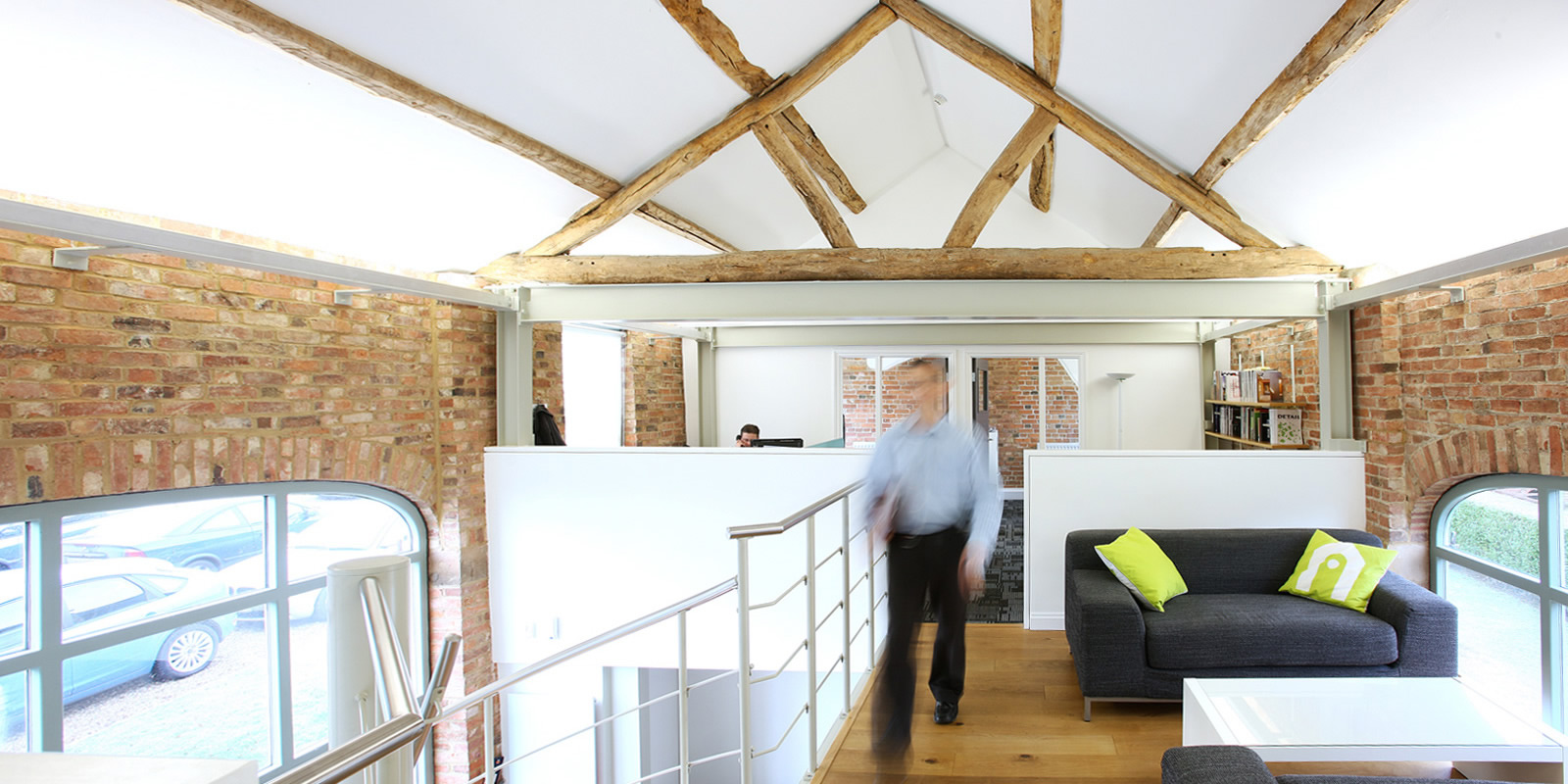 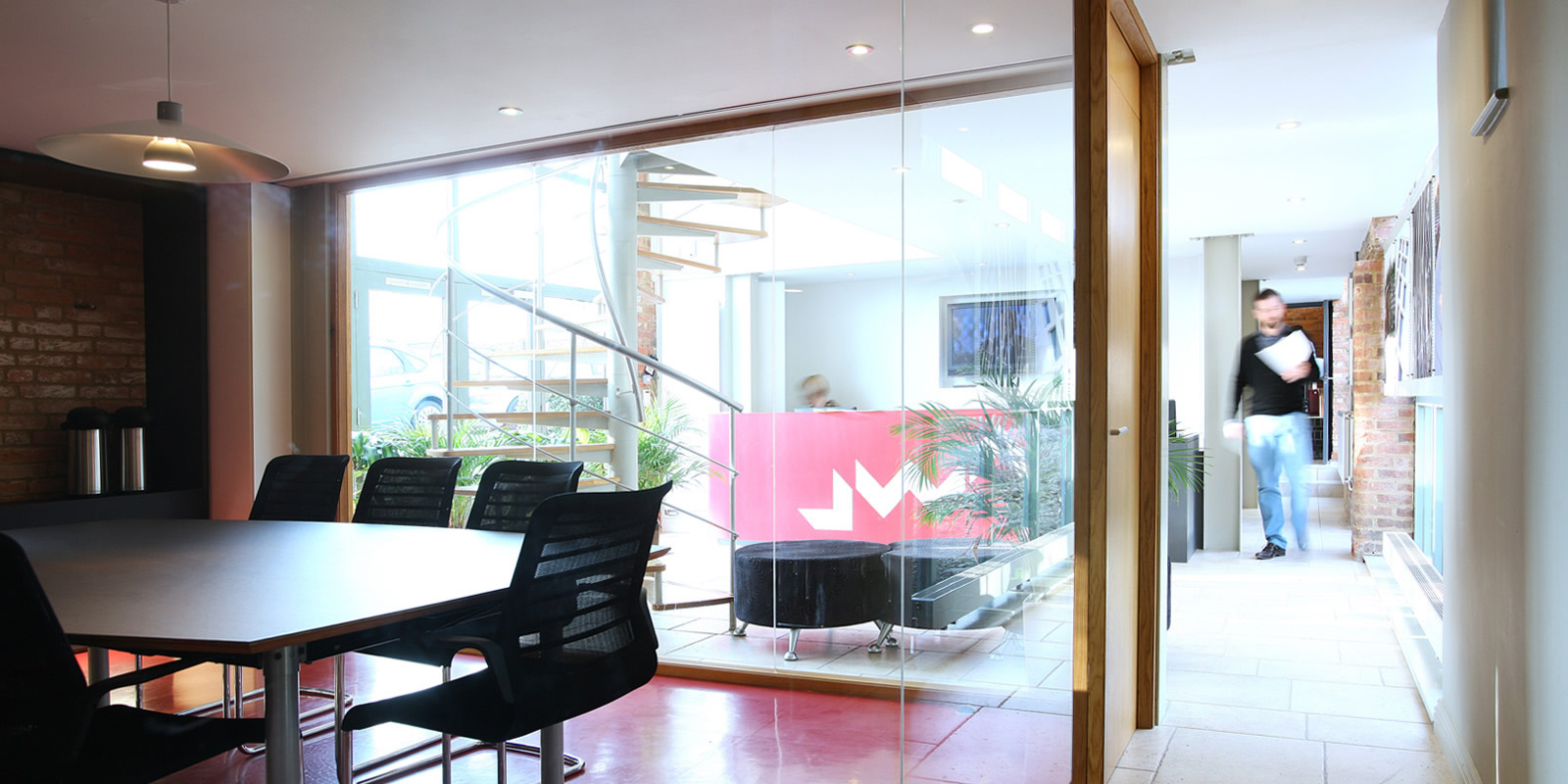 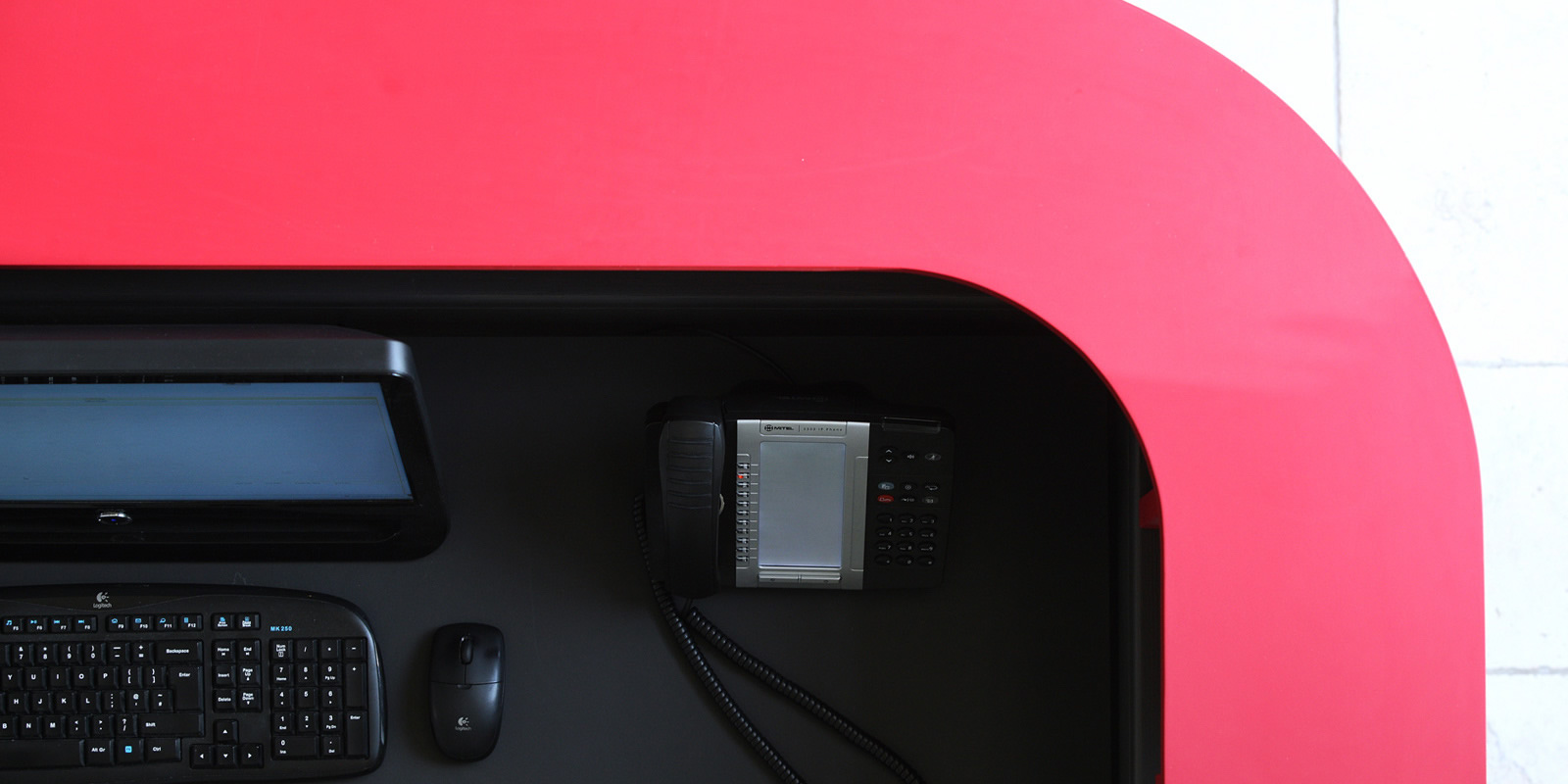 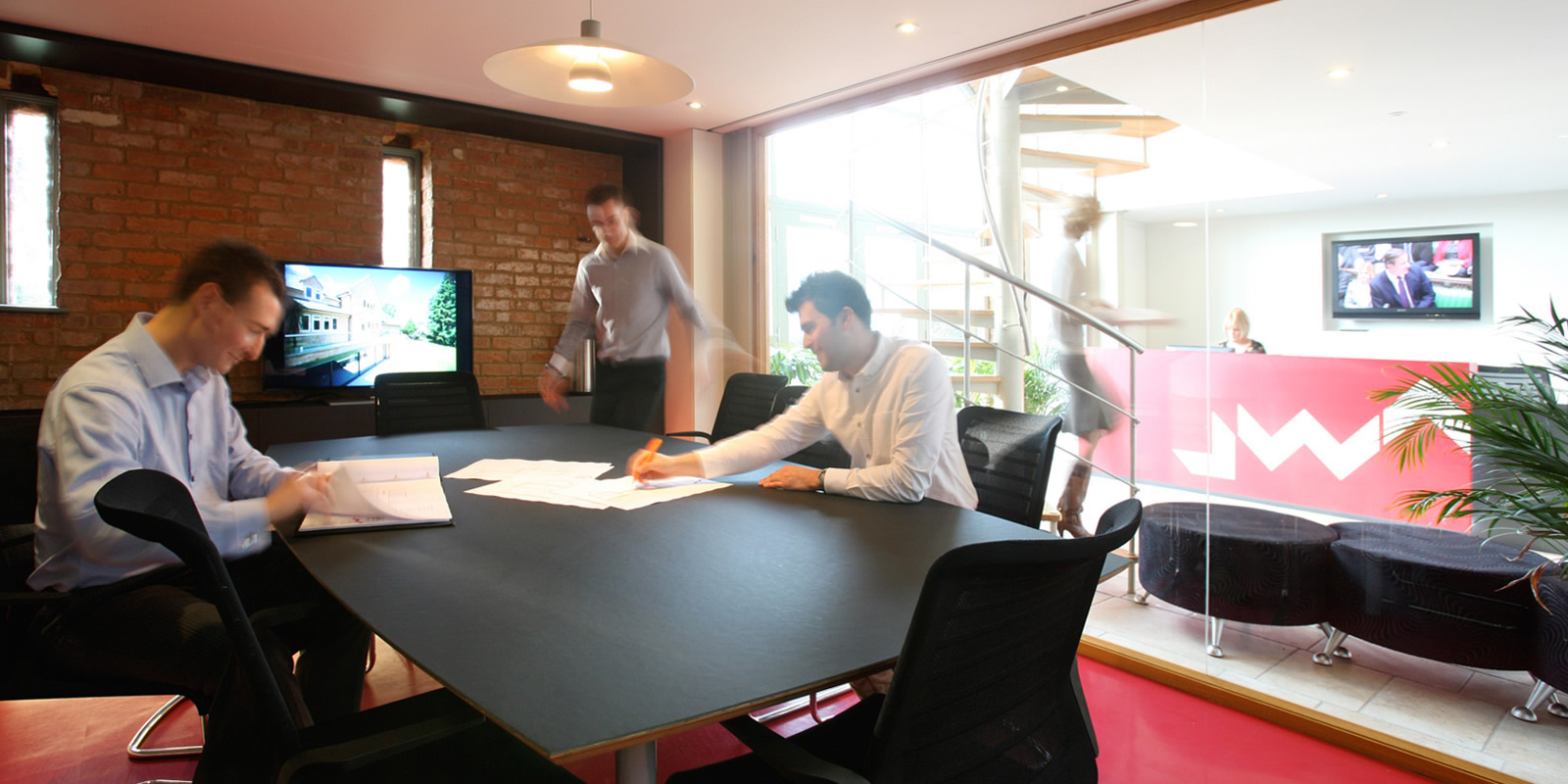 Located in rural Northamptonshire and part of a group of buildings associated with the adjacent Grade II Listed farm house built in the Queen Anne style and known as The Chestnuts, this character filled barn has since become our very own office – offering a net interior area of 285sqm over two floors with a double height atrium in reception.

Up until 1990 it had been part of a working farm. Then, following an approval for change of use, it subsequently became an office for Tec Stream, a supplier of pumps and liquid systems for commercial and industrial use.

As the construction was originally a simple utilitarian build there are no foundations, so a steel frame was inserted into the building to stabilise the outward thrust of the external walls.

Whenever we undertake a refurbishment, we always look to maintain and enhance the original character of the building. So of course, we retained many of the original features, including its vaulted ceiling and exposed oak trusses.